The United Kingdom is a unitary sovereign state made up of four constituent countries: England, Northern Ireland, Scotland and Wales.

UK laws and policies protect freedom of religion or belief, as well as freedom of expression, association and assembly. However, religious privileges and legal exemptions, some linked to the established state church, are cause for concern.

In England and Wales, the “blasphemy” and “blasphemous libel” laws were abolished in 2008. While in March 2021, the passage of the Hate Crimes and Public Order (Scotland) Act signalled the repeal of Scotland’s common law provision of “blasphemy”.

Northern Ireland remains the only country within the union that still maintains “blasphemy” and “blasphemous libel” provisions. However, following concerted campaigning by End Blasphemy Laws Coalition partners Humanists UK and Northern Ireland Humanists, ministers responsible for the relevant laws have indicated their support for the repeal.

The road to repeal

Historically, the common law offence of “blasphemy” had grown out of canon law and made it an offence to offend Christianity only. In medieval times “blasphemy” was punishable by death. In 1841 the publisher of Percy Bysshe Shelley’s Queen Mab, Edward Moxon, was found guilty of “blasphemous libel” for publishing the philosophical poem and sentenced to prison.

In 1949, Lord Denning declared that “blasphemy” was now a “dead letter” law. However, in 1977 it was successfully resurrected in several cases brought over the publication of another poem, The Love That Dares to Speak Its Name by James Kirkup (a poem which graphically sexualizes the character of Jesus Christ). The editor of the magazine Gay News, which first published the poem in 1976, was convicted and handed a suspended prison sentence. This would prove to be the last successful prosecution for “blasphemy” to date in the UK.

Having fallen into disuse, but with the Gay News case proving that the law was not a “dead letter” law, the case of a British woman accused of “blasphemy” in Sudan prompted renewed calls for abolition in 2008. A letter to the Telegraph was signed by various high profile figures in British life, including the authors Philip Pullman and Hari Kunzru, comedians Ricky Gervais and Stewart Lee, campaigners Shami Chakrabarti and Peter Tatchell, Professors Richard Dawkins and A. C. Grayling, former Archbishop of Canterbury Lord Carey, historian David Starkey, alongside other political and artistic figures. The letter said:

In the light of the widespread outrage at the conviction of the British teacher for blasphemy in Sudan over the name of a teddy bear is it not time to repeal our own blasphemy law?

The ancient common law of blasphemous libel purports to protect beliefs rather than people or communities. Most religious commentators are of the view that the Almighty does not need the “protection” of such a law.

We are representatives of religious, secular, legal and artistic opinion in this country and share the view that the blasphemy offence serves no useful purpose. Yet it allows partisan organisations or well-funded individuals to try to censor broadcasters or intimidate small theatres, print media or publishers.

Far from protecting public order – for which other laws are more suited – it damages social cohesion.

With the backing of Prime Minister Gordon Brown, on May 8, 2008, the Criminal Justice and Immigration Act 2008 abolished the “blasphemy” laws of England and Wales, coming into effect from 8 July 2008. However, the parts of the Criminal Justice and Immigration Act which abolished “blasphemy” applied only in England and Wales. The laws in Scotland and Northern Ireland remained on statute.

The last successful prosecution for “blasphemy” in Scotland was in 1843, when a bookseller Thomas Paterson was handed a fifteen-month prison term. Prior to 1825 “blasphemy” had been punishable by death, the most famous victim of which was Thomas Aikenhead, executed in Edinburgh in 1697.

On 11 March 2021, members of Scottish Parliament voted to pass the Hate Crimes and Public Order (Scotland) Act, which, among other things, repeals Scotland’s common law offense of “blasphemy”. Humanist Society Scotland – a coalition partner of the End Blasphemy Laws Campaign – has been in the forefront of the campaign to repeal Scotland’s blasphemy law.

Some commentators believe that the Human Rights Act (1998) effectively makes the “blasphemy” laws in Northern Ireland inapplicable. This is because under the Human Rights Act all courts in the United Kingdom must interpret the law such that it is compatible with the Convention for the Protection of Human Rights and Fundamental Freedoms, which includes freedom of expression under Article 10. However, prior to the passage of the Human Rights Act, the claim that “blasphemy” law is inconsistent with the right to free expression was tested in the case of Wingrove v UK (1997) and was rejected on the basis that the state’s margin of appreciation on free speech could include restrictions on “blasphemy”. It therefore remains unclear whether there could be a prosecution under the laws in Northern Ireland as they stand. 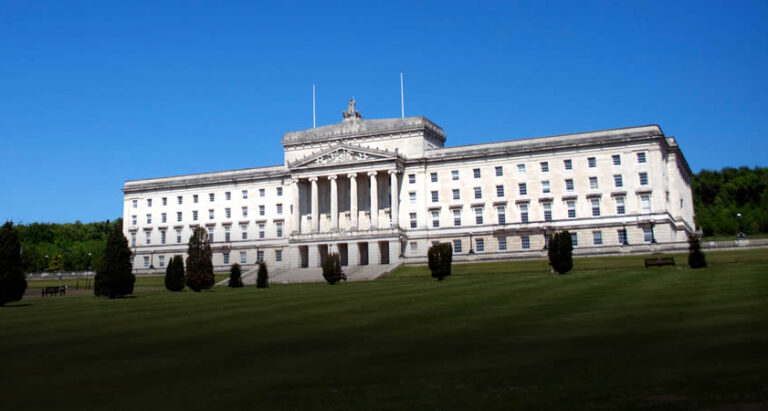 United Kingdom: progress towards repeal of ‘blasphemy’ in Northern Ireland

Striking the balance between individual freedoms and hate speech