Like many Islamic states, “blasphemy” is conceived as a deviation from Sunni Islam and is thus treated as apostasy. Apostasy is criminalized and punishable by death. The death sentence (usually by beheading and crucifixion) is also used to address “crimes” of “witchcraft” and “sorcery”.

The punishment used for any perceived criticism of the ruling family or the state’s interpretation of Islam is harsh and often secret. Accordingly, many cases and convictions for free thought and expression are not made public which makes it very difficult to accurately report on the full extent of Saudi repression. Following a 2011 amendment to the country’s press law by a royal decree, the press is prohibited from criticizing the government or related officials, with violations potentially resulting in fines or forced closures of the press concerned. Articles deemed offensive to the religious establishment or the ruling authorities are prohibited.

In October 2021, Ali Abu Luhum, a Yemeni journalist was sentenced to 15 years in prison for “apostasy”, in connection with tweets he is alleged to have made via anonymous Twitter accounts (now blocked). Some Arabic-language sources allege that he criticized the Prophet Muhammad and criticized his actions, sometimes in a sarcastic way. The authorities reportedly connected him to the Twitter accounts by connecting him to the telephone number associated with the accounts.

Luhum reportedly moved to Saudi Arabia in 2015 and has worked in a private radio station and as CEO of a minor TV channel. He was arrested from his place of employment on 23 August 2021. He was reportedly interrogated without access to a lawyer during which time, the authorities are alleged to have extracted a “confession” from him. He was transferred to Najran prison a month later, where he was able to communicate with a lawyer and relatives.

On 10 October 2021, Luhum learnt of the charges against him, and was sentenced by a judge who reportedly announced their ruling without hearing witnesses for the defence later that same month.

The court found that the tweets had promoted “apostasy, unbelief, and atheism.” As a hudud crime, the prosecution had sought the death penalty in Luhum’s case, however, as he had made coerced confessions which he retracted in court, the judge reportedly applied the Islamic legal principle ta’zir to sentence him to 10 years, and a further five years under the Cybercrime law. Luhum denies all the claims against him. The sentence has been appealed, and a final judgment must be approved by the Supreme Court. 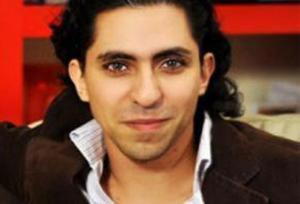 In December 2013, Raif Badawi, a blogger and creator of a website Free Saudi Liberals, intended to foster debate on religion and politics, was sentenced to 10 years in prison, 1,000 lashes and a fine of 1 million Saudi riyals for “insulting Islam”. His writings in fact focus mainly on advocacy of secularism and are critical of religious authorities.

Badawi was first jailed in 2012 for violating Saudi Arabia’s IT law and “insulting” religious authorities through his online writings and hosting those of others on his website. His sentence in 2012 was 7 years prison and 600 lashes, later increased on appeal.

There has been an international outcry over Badawi’s case, with many human rights advocates, including Humanists International, repeatedly raising his plight at the United Nations and other human rights fora.

Attention on the case of Raif Badawi reached international fever pitch in January 2015 after he was flogged in Jeddah, receiving the first 50 of the 1,000 lashes he was sentenced to receive over 20 sessions. As of late January 2015, following subsequent postponements for medical reasons, Badawi remains in jail and under threat of receiving more lashes. His wife Ensaf Haidar, living abroad in Canada, has expressed concerns that any further lashing could cause irreparable damage or prove fatal.