Kuwait generally ranks well in terms of civil liberties, press freedom and judicial independence. Nevertheless, the past few years have seen a notable crack-down on freedom of expression in the country. There are laws against blasphemy and apostasy with the government actively enforcing them.

Kuwait’s 1961 Press and Publications Law prohibits the publication of any material that attacks religions or incites persons to commit crimes, create hatred, or spread dissension. This has been used in practice to prosecute and imprison individuals for criticizing religion.

The publishing or broadcasting of content, including via social media, that could be perceived as offensive to religious groups is criminalised by the National Unity Law ratified by Parliament in January 2012.

Article 111 of the penal code contains:

“Whoever [broadcasts or communicates] views including ridicule, contempt, or belittlement of religion or religious doctrine — whether it is to challenge beliefs, practices, rituals, or teachings — is punished with imprisonment for a period of time not exceeding 1 year, and a fine not exceeding 1000 dinars, or either of these two punishments.”

In 2013, Kuwait’s parliament passed amendments to make blasphemy a capital crime. However, the Council of Ministers rejected the move. 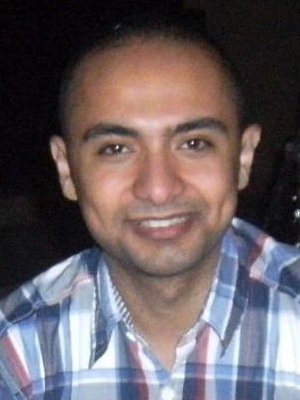 The summer of 2014 saw the release of Abdul Aziz Mohamed El Baz (also known as Ben Baz Aziz), a twenty-eight-year-old Egyptian secularist and supporter of LGBT minorities and atheists who had been jailed on blasphemy charges in Kuwait. In February 2013, his employer reported him as a blasphemer after seeing his online writings on religion and secularism, and he was found guilty of “contempt of religions and attempting to spread atheism” and sentenced to one year in jail plus forced labour, a fine, and deportation to Egypt.

Of his atheist identity, Aziz says: “It’s hard to say that you are an atheist, but it’s harder to criticize religion. I don’t hide my atheism—everyone around me knows about it […] I usually say I’m a skeptic in the beginning, but then I declare that I’m an atheist when I’m sure they’re not going to harm me. One day, I was wrong in my certainty—when I was reported to the police by someone at work.”

In August 2014, human rights activist and satirist, Abo Asam, was arrested and detained by police because one of his tweets was deemed to be “in contempt of religion”. His tweet had accused the Jamiya, from the Islamic Salafi sect of blindly following their religious leader, Hamad al-Uthman. The authorities considered the tweet offensive enough to warrant his arrest.

No recent news from Kuwait.