Afghanistan has suffered from chronic instability and conflict in its modern history. Government policies strongly favour Islam, often in its most conservative interpretations. Government control is very limited outside of major cities. Many courts rely on Islamic law to deter or prosecute “blasphemy”.

The criminal code makes no specific references to “blasphemy”; however this only means that courts rely therefore on Islamic law to address the issue. Blasphemy – which can include anti-Islamic writings or speech – is a capital offence under some interpretations of Islamic law. As a result atheists and freethinkers are forced to hide their beliefs and the only way they can express their thoughts are anonymously through social media. For males over age 18 and females over age 16 of sound mind, an Islamic judge may impose a death sentence for blasphemy. Similar to apostates, those accused of blasphemy are given three days to recant or face death.

The penal code addresses “Crimes against Religions” and states that a person who physically attacks a follower of any religion shall receive a short-term prison sentence of not less than three months and a fine of between 3,000 and 12,000 Afghanis (US$60 to $240); physical attacks on non-religious people are, by exclusion from this law, not technically as serious.

The ambiguity surrounding what constitutes offensive and un-Islamic material offers the potential for restrictions on and abuse of press freedom and intimidation of journalists. These rules also apply to non-Muslims and foreign-owned media outlets.

An amendment to the media law instructs National Radio and Television Afghanistan (RTA), the state-run media outlet, to provide balanced broadcasting that reflects the culture, language, and religious beliefs of all ethnic groups in the country. The law, however, also obligates RTA to adjust its programs in light of Islamic principles and national and spiritual values.

In an opinion piece published October 2014 in the Afghanistan Express, journalist AJ Ahwar admonished Muslims for remaining silent in the face of ISIS and the Taliban. He also criticised Islam for not accepting other religions and minorities such as homosexuals and Hazaras, a Shiite minority in Afghanistan. The piece proved controversial, and in spite of a public apology issued days after publication, the Afghanistan Express explained that the op-ed was published due to a “technical mistake”. The publication triggered demonstrations in several cities with protesters denouncing the articles as blasphemous and calling the government to punish the publications. The government ordered the Interior Ministry officials to arrest those responsible for the publication of the “Anti-Islamic” article.

In January 2008, the Afghan Senate supported the death penalty for the 23-year old journalist Sayed Pervez Kambaksh for blasphemy. He downloaded and distributed an article (written by Arash “The Atheist” Bikhoda) that critically discussed certain Qu’ran verses about women. In October 2008, Kambaksh’s sentence was commuted to 20 years imprisonment. In August 2009, Kambaksh left Afghanistan after a grant of amnesty by President Hamid Karzai.

In addition, under some interpretations of Islamic law, active in practice under Article 130, converting from Islam to another religion is deemed apostasy and considered an egregious crime. Those found guilty may be given three days to recant, or face death. 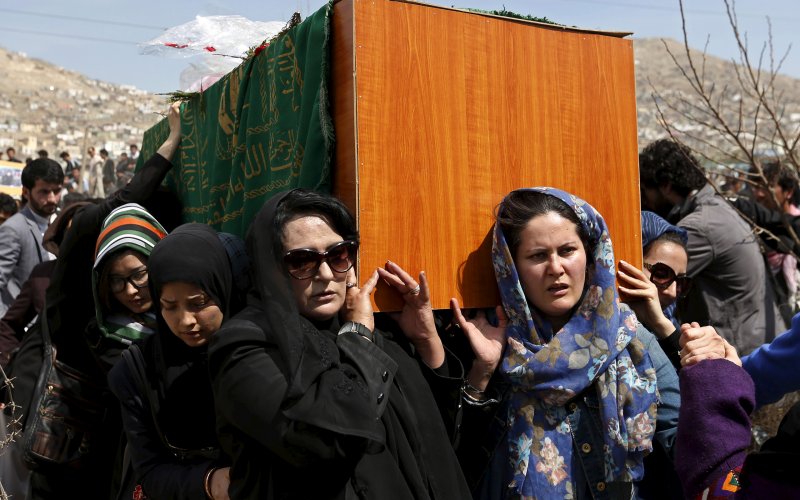 “Maa Hama farkhunda yem” … “We are all Farkhunda”