Morocco saw a less strict application of many laws that violate human rights and civil norms, following the “Arab Spring” revolution, but it didn’t last long. Criticism of religion, ans religious or state authorities, remains a crime that can be and frequently is prosecuted resulting in penal sentences.

The King is considered as a direct descendant of the prophet of Islam, which gives the ruling Alaouite dynasty its legitimacy. The constitution (Article 41) designates the King as Commander of the Faithful, he is mandated to ensure the respect of Islam. He presides over the Superior Council of the “Ulemas” (religious scholars), which is the sole official instance entitled issue “religious consultations” (Fatwas).

Article 220 of the penal code stipulates that “anyone who employs incitements to shake the faith of a Muslim or to convert him to another religion” incurs a sentence of 3 to 6 months’ imprisonment and a fine of 115 to 575 MAD. In practice, it is used against all religious minorities, as an excuse to interrupt religious meetings and rituals, and against apostates and converts, mostly Christians and non religious. Many foreign missionaries are declared as a danger and expelled from the country.

A 2002 law restricting media freedom prohibits expression deemed critical of “Islam, the institution of the monarchy, or territorial integrity.” Such expression may be punishable by imprisonment.

Any Publication that criticises the monarchy, Islam and “sacred institutions” is prohibited under the article 179. This article is generally used as a political weapon against journalists, activists and artists who criticise the government and its institutions (see Individual Cases below).

Political parties are prohibited from questioning or criticising Islam, or monarchy (Article 7). MPs, while generally protected from prosecution in relation to their political activities, may “be prosecuted or investigated, arrested, detained or judged” if they express any opinion that “challenges the monarchic form of the State, the Muslim religion, or constitutes an infringement of the due respect of the king” (Article 64). This effectively outlaws any call for secular or constitutional reforms. This is also made explicit in Article 175 stating that no revision of the constitution may challenge the status and provisions of Islam, or monarchy.

Apostasy is not a crime under civil or criminal law, however there is plenty of scope under blasphemy laws (see below) for apostates to be punished.

In 2013 the council issued a fatwa ratifying the Shari’a ruling according to which any Muslim who abandons Islam should be executed, stipulating that the Islamic Law considers anyone born from a Muslim parents, or a Muslim father, as a Muslim, and prohibits apostasy and disbelief, and upon refusal of return to Islam, the Islamic sentence for apostasy must be applied.

On June 14, 2012, well-known secularist blogger Mohamed Sokrate was jailed on drug-charges that were dismissed as fabrications by his lawyers and human rights organizations. One of his lawyers, Taher Abouzaid, said the proceedings against him were marked by many procedural errors. He also criticized the court’s refusal to hear testimony from those who witnessed the arrest of his father and brother. Several sources said they were arrested just to get Sokrate to sign a police statement.

Kacem El Ghazzali is a Moroccan atheist who was still at high school when he started an anonymous secularist blog in 2010. Critics tracked him down revealing his identity and threatening his life for “apostasy” and “blasphemy”. He then appeared the Arabic language version of the international news network France 24 to talk about his atheism.   After the TV interview the principal of Gazzali’s school accused him of violating the law against “shaking the faith” of a Muslim and physically assaulted him. Other students at the school threw rocks at him. The imam in his village of Bouderbala denounced him from the pulpit, and his extended family stopped talking to him.  After a period in hiding because of the threats to his life, Ghazzali was able to gain asylum in Switzerland. Kacem El Ghazzali spoke in Geneva summit for Human rights how the Moroccan Association for Human Rights, refused to grant him any form of assistance, as it will discredit them in the eye of the population.

In 2012, Khalid Gueddar, an editorial cartoonist was detained by police after publishing a caricature on his website that they said insulted Islam, the sixth journalist detained in the country in a week. The prominent cartoonist, said he was interrogated for six hours on Monday in Casablanca. Gueddar was arrested in 2009 along with another journalist after publishing a caricature of the Moroccan king’s cousin. Caricatures of Islam or the royal family are illegal in Morocco. He ultimately received a suspended sentence and a fine of €300,000. The latest cartoon, which he said he drew in 2011 in response to the arrest that year of an imam accused of soliciting a prostitute in a mosque in Fez, shows someone tossing lingerie from a minaret. He said he published it again to illustrate a similar situation.

“The interrogation focused on what I think of Islam, on my drawings and on my website,” Gueddar said. His lawyer said if charged and convicted, Gueddar could face a harsh sentence and he compared the questioning to an inquisition on religion. The justice minister, Mustapha Ramid, said he would not intervene in what he described as a normal judicial process.

14 young Moroccan metalheads were detained in 2003, nine of them were members of local heavy metal bands, and five fans were given sentences of between three months and a year after being found in possession of skeletons, skulls, cobras, vipers and “a collection of diabolical CDs”. The accused, aged 20 to 35, were arrested three weeks previously for allegedly disturbing public order and wearing satanic, “anti-Islamic” T-shirts depicting the devil and death. It was all too much for the judge, who found it “suspicious” that one of the musicians penned lyrics in English rather than Arabic, and declared that “normal people go to concerts in a suit and tie”. Not even the heavy metal fans’ court recitals of sections of the Koran were able to persuade him that they were not intent on undermining the country’s official religion. One defence lawyer called the trial a “witch-hunt aimed at pleasing Islamists”. The conservative Islamic daily Attajdid rounded on the heavy metal fans’ supporters, claiming they were part of a movement to “encourage all forms of delinquency, alcohol and licentiousness which are ignored by the authorities”.

In 2012, Zakaria Zine Al-Abidine, a 22-year-old atheist from Casablanca, was sentenced to 5 years in prison, as well as a fine, for publishing cartoons and comments on Muhammad, the prophet of Islam, on his Facebook account.

In May 2013, 22-year-old Imad Iddine Habib, a well-known atheist and founder of the Council of Ex-Muslims of Morocco received a number of death threats for his apostasy, and was harassed by authorities.

Note: Western Sahara is a disputed territory in the Maghreb region of North Africa, on the Atlantic coast, bordered by Morocco, Algeria, and Mauritania, it is two thirds controlled by Morocco and the remainder by the SADR, strongly backed by Algeria. 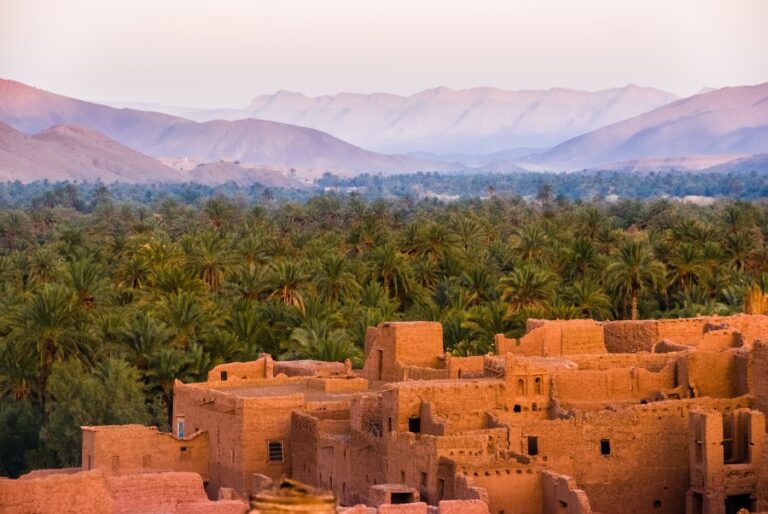