Three partners in our international coalition have taken the fight against “blasphemy” laws to the United Nations during the 28th session of the UN Human Rights Council.

The International Humanist and Ethical Union (IHEU) drew attention to words from a Danish official who said that Denmark would be keeping its “blasphemy” laws. The Danish Head of Section of the Human Rights Department in Denmark’s Ministry of Foreign Affairs, Vanessa Vega Saenz, explained that a group of experts had found that the “blasphemy” clause of the penal code, despite not being used since the 1970’s, is “legally important” because it could be used to stop people burning bibles and Korans. IHEU’s head of delegation, Elizabeth O’Casey, said:

“To defend a highly flawed law, clearly in conflict with freedom of expression, on the the basis that it is currently unused, but may be useful in the future to suppress hypothetical symbolic acts, even though there are already other laws in place that criminalise genuine incitement to hatred or violence, is backwards logic, and especially disappointing in the current climate of terrorist actions against expression on religion. European Union guidelines from the External Action Service are very clear when it comes to ‘blasphemy’ laws outside the EU and the necessity of free expression, including contesting and “ridiculing” belief, and it’s a great pity that states like Denmark continue to undermine these positive principles at home.”

IHEU also spoke about the need to defend the defenders; that is, to champion not only those who speak their minds and test the limits of freedom of expression, but also the “human rights activists, lawyers defending those accused of “blasphemy”, and the writers, editors and campaigners creating platforms for open discussion.”

With reference to cases in Mauritania, Pakistan, Viet Nam, and Saudi Arabia, including both imprisoned writer Raif Badawi and his lawyer, Waleed Abu Alkhair, the IHEU urged member states that:

“Exercising free expression on matters of religion or belief and defending those who do so, is a right, Mr President, not a crime. Pakistan, Mauritania and Member States Viet Nam and Saudi Arabia might note their correlative duty to protect such rights, not criminalise them.”

The Center for Inquiry (CFI, US) also blasted the hypocrisy of HRC member states holding prisoners of conscience for convictions such as “insulting Islam”: 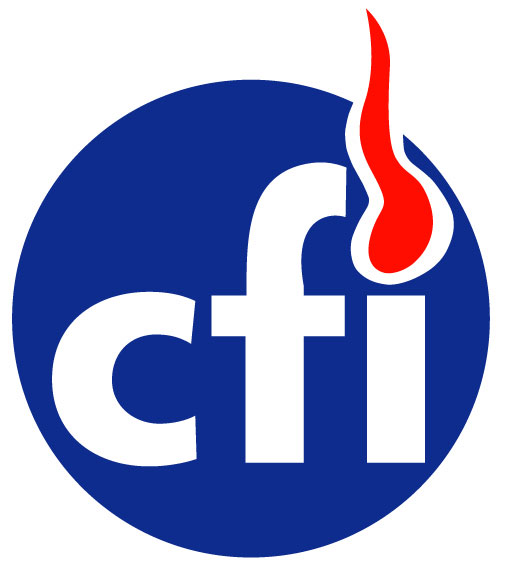 Last week at the Council, the Organization of Islamic Cooperation’s Ambassador to the UN in Geneva, Slimane Chickh, announced that Saudi Arabia would host the next conference in the Istanbul Process, which is focused on implementing the Council’s Resolution 16/18, a measure intended to combat religious intolerance.

At the same time, Saudi Arabia persecutes, imprisons, and abuses political and religious dissidents such as activist Mohammed al-Bajadi, human rights lawyer Waleed abu al-Khair, and blogger Raif Badawi, who has been sentenced to 10 years and 1,000 lashes for hosting an online discussion forum, and may also be executed for apostasy. It also bars women from exercising their fundamental conscience rights, and jails those who do.

“One assumes Saudi authorities will not arrange for diplomats and NGOs to pay these political prisoners a visit,” said CFI’s Michael De Dora at the 28th session of the UN Human Rights Council, of which Saudi Arabia is a member. “The rights to freedom of religion, belief, and expression remain nearly non-existent in Saudi Arabia … [It] has a lengthy record of punishing any individual or community that differs from the government’s narrow version of authoritarian Islamic law.”

“The 28th session [of the UN Human Rights Council] closely follows a report from Heiner Bielefeldt, the UN Special Rapporteur for Freedom of Religion or Belief, on violence committed in the name of religion, as well as weeks of regular international media coverage focusing on the religiously motivated terror attacks in Paris and Copenhagen. Bielefeldt’s report recognised that ‘the main problem in a number of countries stems from the State’s failure in combating terrorism or violence of non-State actors’, adding that ‘certain State agencies in other countries support such violence directly or indirectly.’

In a speech to the assembled nations of the UNHRC, BHA delegate Amelia Cooper said that blasphemy laws are the ‘embodiment’ of these shortcomings, and that their continued presence stands as an affront to international law and freedom of belief.

The BHA, which is a partner organisation in the International Coalition Against Blasphemy Laws, has said that these laws have leant credibility to extrajudicial acts of violence, such as the mass riots in Pakistan which followed an alleged desecration of a Koran, resulting in six deaths, and the assassinations of officials Rashid Rehman, Salman Taseer and Shahbaz Bhatti.

As well as condemning states for tacitly sanctioning these crimes by failing to respond to them, the BHA pointed out:

‘It must also be noted that encoding corporal punishment for blasphemy convictions is nothing less than State violence in the name of religion. Four of the 13 states which punish apostasy or blasphemy with the death penalty are current members of this Council, and are thus mandated to “uphold the highest standards in the promotion and protection of human rights”. This is hypocrisy of the highest order.’