With the passage of the Hate Crimes and Public Order (Scotland) Act, Scotland repeals its common law blasphemy provision, 175 years after its last use.

On 11 March 2021, Scottish Parliament enacted the Hate Crimes and Public Order (Scotland) Act. The Act is the product of years of campaigning and a 10-month consultation, throughout which End Blasphemy Laws Coalition partner, Humanist Society Scotland has been instrumental. 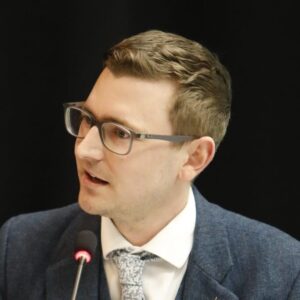 “This repeal brings to a close a campaign in Scotland to repeal our common law offence of Blasphemy – but we are conscious of the much needed work that continues with our friends across the world to repeal all Blasphemy laws.”

As the last successful prosecution for “blasphemy” in Scotland was in 1843, some have questioned the necessity for the law’s repeal.

However, while such laws remain on the books, powerful individuals can and may attempt to exploit them. Such was the case in Scotland in 2012, when Donald Trump sought to have Member of Scottish Parliament, Patrick Harvie, disciplined on accusations of “blasphemy” after he took offence to a Tweet mocking his testimony before a parliamentary commission. Due to parliamentary rules an investigation was launched, but swiftly dropped by the Parliamentary Standards Commissioner. 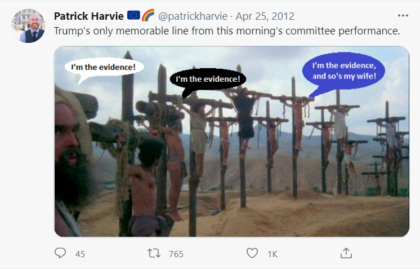 Reflecting on the importance of repealing Scotland’s blasphemy laws in 2018, Patrick Harvie wrote for The National:

“even if such offences would never again be prosecuted in Scottish courts, surely we have a responsibility to lead by example and repeal this unwelcome reminder of the inhumane ideology which once held power here, and still does in other countries today.

“We undermine our own ability to argue on the global stage in favour of justice for those who are being persecuted, if we leave this law on our own statute books.”

Most significantly, it has long been argued by victims of blasphemy allegations that the repeal of so-called “dead letter” laws is essential as it “sends a clear signal to the global family of nations that “blasphemy” laws contravene the human rights to freedom of thought and freedom of expression and should be repealed.”

In announcing that they intended to repeal the common law offence of “blasphemy”, the Scottish Government said that its continued criminalization ‘no longer reflects the kind of society in which we live.’

The End Blasphemy Laws Coalition welcomes the repeal of “blasphemy” in Scotland and congratulates all those involved in the campaign.

To read more about how Humanist Society Scotland’s campaign was won, click here.