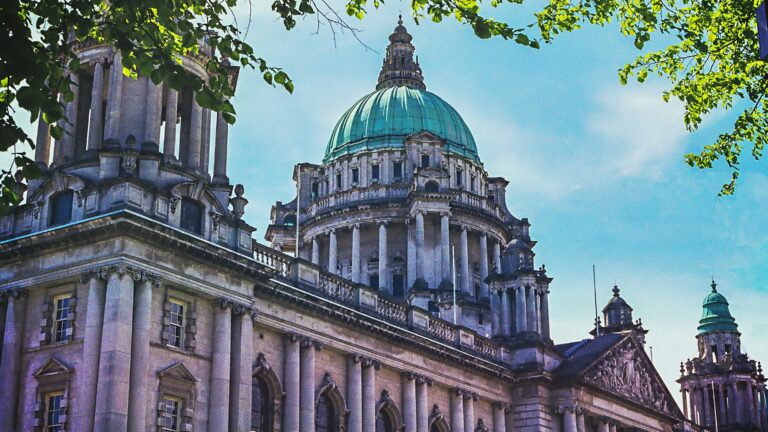 Published on 20 October 2021 in Blasphemy news

Northern Ireland’s blasphemy laws are unlikely to be repealed within the current session of the Assembly. Northern Ireland Humanists has been working with the relevant Ministers to bring forward repeal. The Department of Justice hoped to do so as part of a wider criminal law reform bill. But the Department of Justice has been unable to get Executive sign-off in enough time to proceed before the end of the Assembly term. Only some of the provisions within the proposed Bill were agreed by the Northern Ireland Executive in time for them to move forward.

Northern Ireland’s blasphemy laws are the last remaining laws against blasphemy in the UK, Ireland, and Crown dependencies. This has been the case since Scotland repealed its law last year. Northern Ireland Humanists is campaigning to repeal them even though they are not often used. This is because their existence legitimises such laws in countries like Pakistan and Saudi Arabia. There non-religious people, Christians, Muslims, and others regularly face the death penalty for blasphemy or apostasy. Such countries frequently accuse western states of hypocrisy in calling for repeal, by pointing to the laws still on the statute books here. And even in countries where prosecutions are not common, they can be revived. This was seen in the Republic of Ireland in 2017 when Humanists UK patron Stephen Fry was investigated for blasphemy. In Denmark in 2015 a man was charged with the same. The abolition of these laws, on the other hand, can be a striking declaration to the world that free expression should not be a crime.

Northern Ireland Humanists has been working with Justice and Finance Ministers Naomi Long and Conor Murphy to secure repeal. The Department of Justice had hoped to bring about repeal through a forthcoming bill. However, in order for the Bill to go ahead with enough time to be considered by the Assembly, the focus had to be narrowed to reform of sexual offences and trafficking victims. This means that blasphemy is no longer within the scope of the Bill, which had its first reading in the Assembly earlier this month. There is also no longer sufficient time for a private members’ bill, even though Northern Ireland Humanists believes it would gain majority support. Therefore it is unlikely that repeal of the blasphemy laws will be debated until after the Assembly elections due to happen next May.

Northern Ireland Humanists has been campaigning for blasphemy repeal for several years now. As a result, all the major parties in Northern Ireland have come out in favour of repealing the blasphemy laws with the exception of the DUP and the UUP. The DUP was opposed to repeal when Arlene Foster was First Minister, although its position is unclear now. The UUP does not have official party policy on this issue, although most MLAs are believed to back repeal.

Humanists UK is a member of the global End Blasphemy Laws coalition, which launched in 2015. Since then, Scotland, the Republic of Ireland, Denmark, Norway, Iceland, Malta, France, New Zealand, Canada, and Greece have all also repealed their blasphemy laws, with Spain committing to doing the same.

‘We are disappointed that the repeal of our blasphemy laws looks like it won’t now be possible until after the next election. However, we will continue to work closely with the relevant government departments, as well as with the many supportive MLAs, with a view to bringing about repeal as soon as possible.

‘It has been over a decade since England and Wales repealed its blasphemy laws. Within the last two years both Scotland and the Republic of Ireland have done likewise. In doing so, they have stood in solidarity with persecuted humanists, Christians, Muslims, Baha’i, and others around the world. They have recognised that blasphemy restrictions do not have any place in a society that values freedom of religion, belief, or expression. It is past time that Northern Ireland joins them.’

Northern Ireland Humanists is part of Humanists UK, working with the Humanist Association of Ireland. Humanists UK is the national charity working on behalf of non-religious people. Powered by 100,000 members and supporters, we advance free thinking and promote humanism to create a tolerant society where rational thinking and kindness prevail. We provide ceremonies, pastoral care, education, and support services benefitting over a million people every year and our campaigns advance humanist thinking on ethical issues, human rights, and equal treatment for all.

In 2021, Humanists UK is celebrating its 125th anniversary with a renewed focus on its history. The new website Humanist Heritage is a rich new web resource that uncovers the untold story of humanism in the UK – a story of people, groups, objects, places, movements, publications, and ideas.