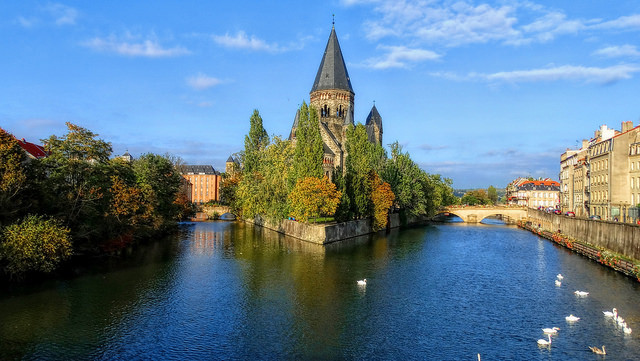 Published on 31 October 2016 in Campaign news

The ‘blasphemy’ law in force in the region of Alsace-Moselle, France, has been repealed by the national Senate!

The repeal has been termed an “evolution” by lobbyists, and means that France is now free of ‘blasphemy’ laws as such! 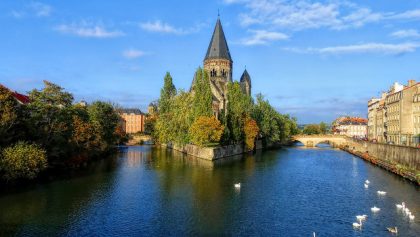 A Protestant church in Metz, built between 1901 and 1905, during the Wilhelmine period in Alsace-Lorraine under German supervision.

How did France, a country renowned for its secularism, end up with a ‘blasphemy’ law on the books as late as 2016? The area where this law was in force was the Alsace-Moselle territory, covering the entire region of Alsace and the département of Moselle in the northeast of the region of Lorraine, and bordering Germany. The territory had been part of the German Empire from 1871 to 1918, and was occupied by Germany during World War II. The Alsace-Moselle ‘blasphemy’ law, articles 166 and 167 of the local penal code, had been inherited from the German Criminal Code of 1871, and kept in place ever since.

The territory has long-maintained its own local legislation reflecting the unique history of the area, despite being part of the French republic. While the ‘blasphemy’ law is now repealed, various religious privileges and exemption from the 1905 law “on the Separation of the Churches and the State” remain.

France, previously awarded a yellow “Local restrictions” rating on the End Blasphemy Laws Campaign map, now gets the “all clear” for ‘blasphemy’.