The island nation of Malta has become the latest country to scrap its “blasphemy” law. Abolishing the law against “vilification” of religion, Bill 133 is a victory for free expression and freedom of religion or belief. 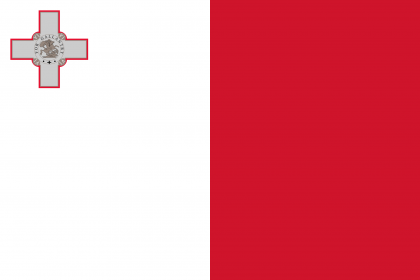 The flag of Malta

The traditionally Catholic country previously outlawed “vilification of religion”, with “vilification” very loosely defined. The law meant that speech against beliefs and ideas (as opposed to incitement to hatred against individuals) could be prosecuted. And the law was frequently used to prosecute or threaten prosecution, often for flimsy “crimes” such as swearing on the streets.

Our partners in the End Blasphemy Laws campaign, the Malta Humanist Association, of course campaigned for the abolition and have welcomed the news:

The change would encourage rational debate and constructive criticism, the association said.

“Aren’t ideas or beliefs inherently weak if the people holding them prohibit their scrutiny?” the MHA asked. Nobody, it said, would want a political system or ideology to be above scrutiny or criticism, and religious beliefs ought to be no different.

The MHA drove home the point that the bill had no effect on existing hate speech laws, adding that “the law does not specifically define vilification, meaning that this may be left to the discretion of the judiciary.”

Archbishop Charles Scicluna was less happy, tweeting: “A sad day for Malta. Lord forgive them: they do not know what they do.”

Introducing the bill for abolition earlier this year, justice minister Owen Bonnici said that: “In a democratic country, people should be free to make fun of religions, while not inciting hatred.” This bill passed its third and final reading in plenary on Tuesday. The president’s signature on the act is now just a formality.

Huge congratulations to the Malta Humanist Association and all in Malta for upholding freedom of expression and reasserting the principle that people must be free to critically engage with religious belief!