Iceland’s parliament agreed today to abolish the blasphemy provision of the Criminal Code. The Pirate Party’s parliamentarians submitted the proposal in January, which received broad support from all other political parties in Parliament and the matter was unanimously supported by the committee examining the proposal. Icelanders have now taken an important step in guaranteeing human rights and joined other nations which respect freedom of speech and expression. 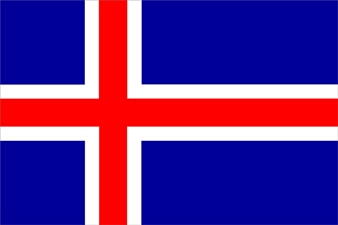 There was also extensive support for the bill among the various organizations consulted by Parliament, including our campaign partners Sidmennt (The Icelandic Ethical Humanist Association), and the bishop of Iceland, the Icelandic priesthood, the Association of Publishers, PEN Iceland, IMMI (The International Modern Media Institute) an Icelandic based international organization of information and freedom of expression and an atheist group called Vantrú.

The bill is a response to criticism by various international institutions such as the Organization for Security and Cooperation in Europe (OSCE), the Council of Europe and the Venice Commission of the Council of Europe which specifically concluded that countries should abolish the blasphemy provisions in their laws.

Sidmennt has long campaigned for the abolition of the blasphemy provision in the Icelandic Criminal Code. Sidmennt’s comments to Parliament on this bill included the following:

“Often, countries where there is a lack of democracy and freedom are criticized for punishing people for blasphemy even with death sentences. When those countries are criticized, their spokespeople frequently point out, correctly, that similar laws are in force in “Western” democracies. Therefore, it sends a vital message to the rest of the world if Iceland has repealed its blasphemy law. Nations which maintain blasphemy laws with serious consequences should not be able to point to Iceland and say that it has the same kind of law.”

Sidmennt celebrates the fact that parliamentarians from all parties have supported broadening human rights. It should be noted that there are provisions in the Icelandic Criminal Code against hate speech so that protection against that is still guaranteed.