Published on 24 August 2020 in Blasphemy news

A case against blasphemy in Nigeria

Nigeria’s blasphemy laws have been of focus locally, nationally and internationally following the arrest and detention of Nigerian Humanist, Mubarak Bala, the sentencing to death of a Muslim singer, and the imprisonment of a 13-year-old boy for blasphemy in Kano State in Northern Nigeria.

It would appear that Muslim theocrats – within the police and the courts – have gone to great lengths to subvert constitutional provisions and international human rights norms in their quest to enforce the ‘blasphemy’ provision. For instance, the police arrested Bala, who is the President of the Humanist Association of Nigeria, at his residence in Kaduna on April 28, 2020. They took him to Kano the following day, where they have held him incommunicado ever since. The arrest was at the instance of lawyers who lodged a petition with the Kano State Police Command complaining that Bala had insulted the prophet of Islam in a Facebook post.

Before his arrest, Bala received death threats from Muslims who were angry over his posts and comments on Facebook, including a Kano State police officer. Police have failed to meet their Constitutional obligation to charge Bala within 48 hours of his arrest. Efforts to enforce Bala’s rights have met a brick wall. The police have not given Bala access to a lawyer. They have not formally charged him in court. There is no information regarding where he is held or the condition of his detention. There is no independent confirmation that Bala is still alive. Bala has a wife and a 6-month old son. His wife has petitioned the police and the parliamentarians urging them to give her access to her husband without success.

Kano is among the 12 states that uphold Sharia laws in Northern Nigeria and is notorious for jailing or murdering alleged blasphemers or desecrators of the Quran. Under Sharia law, the punishment for ‘blasphemy’ is death; however, in the parallel Common Law system, the same crime is seen as a misdemeanour punishable by up to two years in prison. In Northern states allegations of ‘blasphemy’ can end in the extrajudicial killing of the accused.

In the case of Bala, the police and government in Kano State are in a dilemma. They are unable to try Bala in a Sharia court and sentence him to death as many individuals in Kano are demanding. Only Muslims are subject to Sharia law; Bala is not a Muslim. He was born into a Muslim family but Bala renounced Islam in 2014. If the police must try Bala, it would be in a secular state court, not in a Sharia court. Even if the sentence is passed on Bala, the penalty would not placate the extremist base that is behind the petition. So, it would appear that, instead of prosecuting Mubarak Bala as required by law, the police and government in Kano disappeared him to appease the Muslim majority base.

In the cases of the 22-year old singer, Yahaya Aminu-Sharif and 13-year-old Umar Farouq, the allegations of ‘blasphemy’ have been handled differently. Both are Muslims and were tried and sentenced in Sharia courts. Aminu-Sharif was accused of insulting the Prophet of Islam in a song that he circulated on Whatsapp in March. His ‘offense’ was that they lyrics suggested that the Senegalese scholar, Ibrahim Nyass, was greater than Prophet Muhammad. Whilst Farouq was accused of making remarks that insulted the Islamic god, Allah. Even though Aminu-Sharif has 30 days to appeal, some Muslim bodies, like the Muslim Lawyers Association, the Council of Imams, and the Supreme Council for Sharia have issued statements urging the Kano State Governor, Abdullahi Umar Ganduje to immediately authorize the execution of Aminu-Sharif. If some counter pressure is not brought to bear on the Kano State Governor, Aminu-Sharif will be executed. Or he may, as in the case of other members of the Sufi Order convicted for blasphemy in 2015, be left to languish in jail.

Nigeria needs to repeal laws that legitimize religious violence, oppression, and persecution. ‘Blasphemy’ laws are enshrined in both the Sharia and state penal codes. However, these laws are seldom invoked, except in the Muslim dominated states in Northern Nigeria. ‘Blasphemy laws are incompatible with human rights, tolerant pluralism and peace. ‘Blasphemy’ is a victimless crime. ‘Blasphemy’ laws make a mockery of the justice system in Nigeria because laws are there to protect individuals, and not to protect ideologies, beliefs or dogma – however important these may be to people.

Laws are made to guarantee and not violate the rights of human beings. Incidentally, blasphemy laws are used to flagrantly deny basic human rights, including the rights to life, freedom of religion or belief, and freedom of expression. As the cases of Bala, Aminu-Sharif and Farouq have shown, blasphemy laws sanctify religious tyranny and impunity. They are used to legitimize the oppression of minorities, to justify extrajudicial murder, arson, and attacks.

‘Blasphemy’ laws are only a legal recipe for chaos, anarchy, and conflicts in Nigeria. In the interest of peace, justice, and progress, Nigeria should abolish these unjust, incoherent and archaic laws. 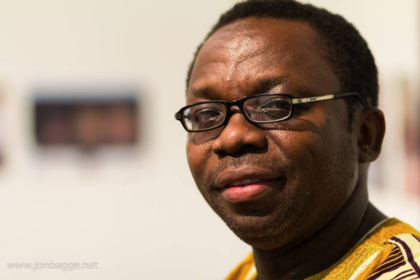 Leo Igwe is the founder of the Humanist Association of Nigeria. He is the Chair of the Board of Trustees for the Humanist Association of Nigeria and a renowned activist against witchcraft-related persecutions who has faced harassment, attack and prosecution for his advocacy against harmful superstitious practices. Igwe has been leading the fight for the release of Mubarak Bala, who has been held incommunicado in detention since his arrest on 28 April. To learn more about how you can take action on his behalf go to: https://humanists.international/2020/08/nobel-laureate-wole-soyinka-sends-message-of-solidarity-to-mubarak-bala-detained-for-100-days/