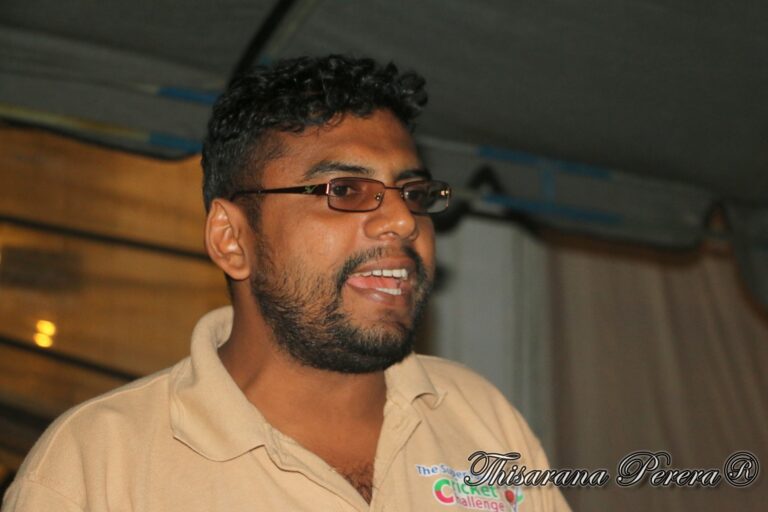 Award-winning Sri Lankan writer, Shakthika Sathkumara, stands accused of having hurt the religious feelings of Buddhists and advocated hatred in connection with a short story that he had published on his Facebook page. If convicted, Sathkumara is facing up to 10 years in prison.

The short story, ‘Ardha’ (‘Half’) angered Buddhist groups in Sri Lanka, who allege that the story is derogatory and defamatory to Buddhism owing to its indirect references to homosexuality within the Buddhist clergy and also due to a different rendering, told by the characters of the short story, of the legendary story of “Siddhartha” in Buddhist literature. Sathkumara maintains that he did not intend to insult Buddhism nor wound the feelings of any religious community in writing his short story, which is written in a post-modernist style.

Writer Shakthika Sathkumara is the author of seven short story collections, four poetry anthologies, a novel and at least 17 non-fiction books on literary theory, theatre and Buddhism, in addition to being a regular contributor to several literary supplements of various Sinhala-language newspapers. He has earned recognition at both provincial and national levels for his short stories and poetry anthologies.

Arrested on 1 April 2019, Sathkumara was detained on suspicion that he had committed offences under Section 291B of the Penal Code and Article 3(1) of Sri Lanka’s ICCPR Act (2007).
Following multiple procedural delays, Sathkumara was granted bail on 5 August 2019, and released 3 days later. On 22 May 2020, the United Nations Working Group on Arbitrary Detentions issued an opinion that Sathkumara’s 127-day detention was arbitrary and in contravention of Sri Lanka’s international human rights obligations. At the most recent hearing, held on 19 May 2020, Sathkumara’s case was postponed to 22 September 2020. A legal petition alleging violations of Sathkumara’s fundamental rights is due to be heard before the Sri Lankan Supreme Court on 28 July 2020.

Article 291 B of the Sri Lankan Penal Code states that ‘[w]hoever with the deliberate and malicious intention of outraging the religious feelings of any class of persons, by words, either spoken or written, or by visible representations, insults or attempts to insult the religion or the religious beliefs of that class, shall be punished with imprisonment of either description for a term which may extend to two years, or with fine, or with both,’ while Article 3(1) Sri Lanka’s ICCPR Act (2007) states that ‘no person shall propagate war or advocate national, racial or religious hatred that constitutes incitement to discrimination, hostility or violence’ and makes any such crime a non-bailable offence which is punishable by up to 10 years in prison.

The International Coalition Against Blasphemy Laws (ICABL) stands against the incitement of violence or hatreds, however, having reviewed the content of Sathkumara’s story, we do not believe that the story constitutes incitement to violence. ICABL believes that Sathkumara is being targeted solely for peacefully exercising his rights to freedom of religion or belief and freedom of expression and calls for the Sri Lankan authorities to drop the case immediately and unconditionally.