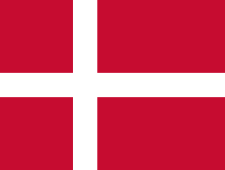 Published on 23 February 2017 in Uncategorized

A man whose named has not been made public has been charged with ‘blasphemy’ in Denmark. The 42-year-old allegedly made a film of himself burning a copy of the Quran and shared the film online.

He gave the video the title: “Consider your neighbour: it stinks when it burns” and posted the video to a Facebook group (“YES TO FREEDOM – NO TO ISLAM”) which contains numerous hateful and racist posts.

Jan Reckendorff, from the public prosecutor’s office in Viborg, said: “It is the prosecution’s view that circumstances involving the burning of holy books such as the Bible and the Quran can in some cases be a violation of the blasphemy clause, which covers public scorn or mockery of religion.

“It is our opinion that the circumstances of this case mean it should be prosecuted so the courts now have an opportunity to take a position on the matter.”

The accused could face a fine or even a prison sentence for the ‘blasphemy’ charge.

Responses by humanist groups at home and internationally

The Danish Humanist Society, Humanistisk Samfund, said the use of the ‘blasphemy’ law was “scandalous” and that “Legislation should protect  the individual freedom of speech and individuals against hate-speech and hate-crimes. Hateful and critical utterances directed at ideas, religions and ideologies should be fought with words and debate.” Lone Ree Milkær, chairperson of the Danish Humanist Society, said: “Denmark should abolish the blasphemy law. We have freedom of religion and belief and it makes no sense to have a special protection of religions or worship. Imagine that we protected ideologies in the same way. In a secular democracy we should be able to tolerate utterances (and actions with no victims) that we dislike or disagree with and we should argue against them instead of punishing by law.”

Andrew Copson, President of the International Humanist and Ethical Union (IHEU), a transnational partner in the campaign, said: “We condemn the use of ‘blasphemy’ laws in all circumstances. Around the world, accusations of ‘blasphemy’ can spark mass protests, the harassment of individuals, or even murder. ‘Blasphemy’ is a bizarre, fictitious notion as a crime and has no place in courts of law anywhere in the world. … The answer to anti-Muslim bigotry, when that is what is going on, is education and understanding and dialogue. The answer is emphatically not to resurrect the state policing of religious acts and language.”

For the Center for Inquiry, a US-based national partner in the End Blasphemy Laws campaign, Michael De Dora said: “The fundamental rights that allow a religious believer to freely profess the divinity of a holy book also allow someone else to defile that book, and still others to censure such an action… While the actions of the accused may be offensive and his sentiments ugly, real democracy is only possible with the freedom to criticize even the most deeply held beliefs.”

This is only the fourth prosecution in Denmark for ‘blasphemy’, and the first since 1971, when two producers for the station Denmark Radio were charged after airing a song mocking Christianity. They were acquitted.