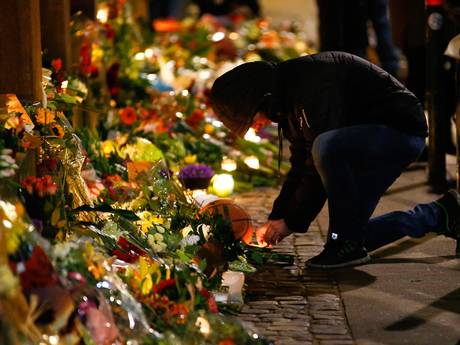 How our partners responded on Copenhagen

Flowers laid at the Great Synagogue in Copenhagen

Many of our partner organisations made statements in response to the tragic shootings in Copenhagen at the weekend.

A lone gunman targeted a cafe hosting a seminar on “Art, Blasphemy and Freedom of Expression”, then the Great Synagogue in Copenhagen, leaving two victims dead and five police and security officers injured. He was later killed by police.

“These shootings are a senseless, tragic act of hatred. It must be condemned without any equivocation, without any quibbles, without offering any excuses for violence on the basis of alleged “insult”.

… Let us be clear: There can be no policing of mere offence to religion without shutting down free expression. Surrendering into silence under threat of murder is not going to happen in Europe. The terrorists’ aim, to respond to ridicule with rampage, in the hope others will respond to rampage with silence, or with an equal hatred, will fail. We must hope, also, that terrorists will fail to turn communities against one another, as they clearly intend. What does that leave them, then? They achieve only murder, which any coward can accomplish.

There is no good, easy answer here. Easy, extreme answers are to shut down any expression on Islam that Islamist gunmen might claim to find offensive, a recipe for silence and betrayal of every other value; or in the other direction, to foster anti-Muslim bigotry, which the terrorists appear to want, and is even more repugnant than silencing free speech about religion. There is only the difficult answer, bringing no immediate resolution, but the only right way: To live, and defend, the values of the open society. The participants at the Krudttønden cafe proceeded with their meeting after the shooting. Yes, the right and brave thing to do is simply this: continue.”

“Once again, freedom of expression has been targeted in Europe… Our thoughts go to the victims and their families and to the Danish people.

We strongly condemn this attack against our core values and fundamental freedom and express our deep solidarity to the Danish people, the defenders of Freedom of expression and to the Jewish community. Targeting people because of their origin, faith or beliefs goes against all the values that constitute the European Union and shall not be tolerated.

We call all the citizens in Europe to stay united and to stand up for tolerance and freedom of expression.”

Responding also to the later execution by beheading of 21 Christians captured in Libya by ISIS militants, seen in a gruesome propaganda video released by the terrorist organisation on Sunday, Center for Inquiry said: (full statement at centerforinquiry.net)

“Both recent acts were motivated by a desire to silence others—merely because they believe and speak in ways disagreeable to their executioners. These murders strike at the heart of what we at the Center for Inquiry stand for, namely freedom of conscience and freedom of expression.

It is a deeply troubling commentary that so much blood is being shed because a tiny minority of extremists has decided that they cannot countenance having their ideas challenged in any form, be it in writing, in sketches, or even in the very existence of people who simply believe differently. To resort to violence and murder is to declare oneself incapable of rising to that challenge. It is a confession of the weakness of one’s position that it must be defended with bullets instead of words.

We offer our best wishes for a full recovery to those who have been hurt. And we offer our deepest sympathies to the families and friends of those who lost their lives in Copenhagen and Libya.”