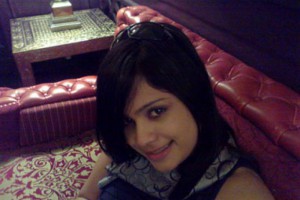 In yet another Pakistan blasphemy case, this time dragged out over multiple years, a young woman known by the pseudonym Esha has been languishing in jail since 2012 after being accused of “desecrating” the Koran by a friend following an argument. Maryam Namazie and others have been highlighting this case against recently, and there is a fundraising appeal for Esha’s legal fees.

“Esha” a 24 year old woman has been cut off from the world in her prime and is languishing in a Pakistani prison for the last three years on false charges of blasphemy brought against her by her best friend after they had an argument. She stands accused of having torn pages from the Qur’an and having slept on them. Although there have been several hearings, her trial  is still pending  for a complex variety of reasons – one of them being that there have been five different judges, each fearing for his life. You can read more about her here.

She has no family to take an interest in her except for a dedicated young man, “Mo”, whom she met on a visit to court and who, on hearing her story and seeing her isolation, has been trying to support her. Blasphemy is a serious offence in a deeply religious country like Pakistan and punishable by death.

…“Mo” has gone into hiding after he  received death threats. He is unable to work now and therefore, unable to raise the kind of fees that are charged by lawyers. For this kind of case, the fees are extremely high because of the danger posed to anyone associated with it. This is why we cannot use their real names.

Her trial has been protracted and her detention sounds like a nightmare:

Since her arrest in 2012, Esha has lost every single bail application (four times so far). At one hearing of her case, she was attacked by some extremists so all future hearings take place in prison for her protection! This means that Mo does not get to see her at all. He is not allowed to visit her in prison because he is not related to her.  Before he went into hiding, they would meet in court. They have been unable to hire the best lawyers and Esha has been represented by people who appear to be just going through the motions.

The one bit of luck they have had so far is that Mo was put in touch with an influential Reuters journalist who knows one of the most well-known human rights lawyers in Pakistan, Asma Jahangir, who has agreed to represent Esha in her bail hearings for free. This is a turning point because the treatment that Esha is getting in prison has affected her mental health and she has already attempted suicide twice. Asma has agreed to take it all the way up to the Supreme Court, if necessary, where she believes Esha will be successful. This process should take till September 2015.

You can give to support Esha’s legal fees via GoFundMe.com.