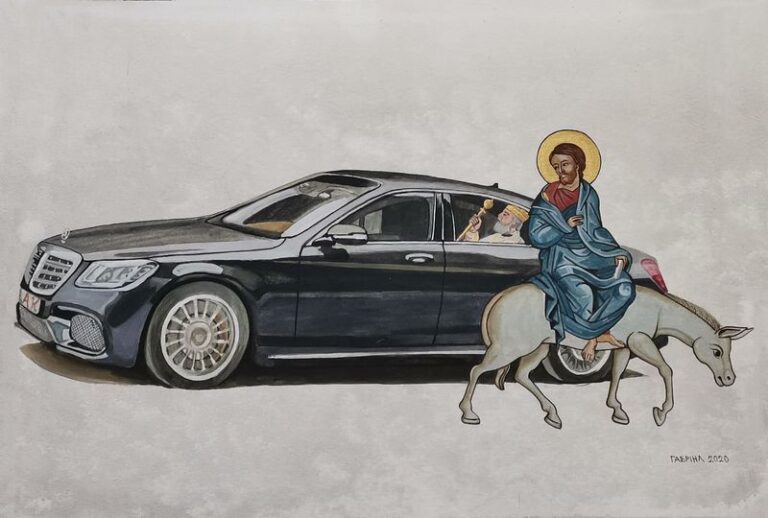 Cyprus: Artist and teacher under investigation for artworks “derogatory of religion”

The End Blasphemy Laws Coalition is concerned by the ongoing investigation launched against teacher and painter, George Gavriel, following accusations that some of his artworks were derogatory of religion. 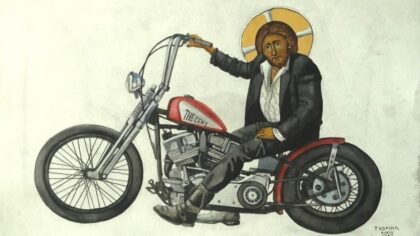 In September 2020, Gavriel was placed under investigation by the Ministry of Education following complaints that his paintings, which he published on his personal Facebook account, are derogatory of religion. Some of his artworks, which he describes as “anti-establishment,” are religion-themed with one depicting a naked Jesus and another a dog urinating on the archbishop. Archbishop Chrysostomos is reported to be among the complainants. are re which some – including Archbishop Chrysostomos – deemed to be derogatory of religion.

Commenting following the launch of the investigation, Gavriel stated:

“The artist should not be worrying about any reactions and be afraid to express himself because then neither he nor society will be able to move forward […] I called these works anti-establishment art as they oppose the current corrupt system,” adding that art should be at the service of society and that he creates works against social injustice and encourages the reaction of citizens to address problems.

According to Gavriel’s legal representatives, the investigation against their client has repeatedly violated his rights guaranteed under the law in the following manner:

“Our client is faced with arbitrary accusations that he insults the institutions, the divine and represents Christ in an infamous way. However, none of them has been substantiated with specific and scientific documentation,” noting that depictions of Christ naked may be found in churches across the country. “Our client depicts Jesus in the image and likeness of man. The artist portrays Christ as a beggar, a follower of a group, a refugee and in other forms of our daily life. Mr Gavriel painted Christ as a refugee, on a motorcycle or naked. Our client wonders, and not just him, if the model of Christ is white, clean and clothed and everything else is baptised as an insult.”

Although Article 19 of the Constitution states that “every person has the right to freedom of speech and expression in any form”, Sections 141-142 of the Cypriot Criminal Code seem to contradict this guarantee by enacting a de facto blasphemy law in which it is an offence to essentially insult religions:

“…Any person who publishes a book or pamphlet or any article or letter in a newspaper or periodical which any class of persons consider as a public insult to their religion, with intent to vilify such religion or to shock or insult believers in such religion is guilty of a misdemeanor.”

Concerningly, Maria Stylianou Lottidis, the Commissioner for Administration and the Protection of Human Rights, reportedly agreed with those who object to his paintings stating that Gavriel had “exceeded the limits to which freedom of expression is subject by law, and infringed the rights of others through his art.[…] Because of his unique role of both teacher and artist, Gavriel has failed to take into account the impact of his work, using Christ to shock, provoke and anger a considerable amount of people in Cyprus.”

The End Blasphemy Laws Coalition believes that Gavriel is being targeted for his peaceful exercise of his right to freedom of expression, and calls on the Ministry of Education to drop its investigation immediately and unconditionally.