In Pakistan, a judge confirms death sentences for two brothers, saying that in addition to being accused of ‘blasphemy’ they “also have no belief in Allah Almighty”. Pakistan is also reportedly negotiating with Youtube about a blasphemy-free service so they can un-ban the banned video-sharing platform, and there’s a warning that ISIS may be about to target Pakistani Christians. In United Arab Emirates a man is dragged before court because a strange said he thought he heard him “curse God”. And the BBC interviews players in Bangladesh’s crisis of anti-atheist violence. This is the thirty-fourth of our weekly round-ups of blasphemy news from around the world.

Pakistan: Death sentences upheld against two brothers accused of blasphemy. The judgement cites that the accused “have no belief in Allah Almighty”.

Liaquat Ali and Umar Daraz were first jailed in March 2006.

The incredibly flimsy blasphemy accusation had been made by Daraz’s ex-wife, who “said that the brothers often used to blaspheme.”

In his order, additional district and sessions judge had said that the accused did not deserve leniency. “They are not only accused under section 295-C but also have no belief in Allah Almighty or his prophet Muhammad PBUH”. He said they had tried to create unrest in the society and had injured the sentiments of Muslims. He further said: “such people are trying to establish a new faith so as to harm Islam…which is no less than an atomic bomb for Islam”.

He said it was better to nip the evil in the bud and sentenced them to death under Section 295-C of the PPC. They were also fined Rs500,000 and in case of non-payment would have to undergo rigorous imprisonment for five years.

Listen to how tenuous and second-hand the accusations against the brothers was:

In the FIR, Hussain had said that Mulazim Hussain and Ahmed Nawaz visited him on March 17, 2006, and told him that Daraz’s ex-wife had told them that Daraz and his brothers were blasphemers. She had told them that Daraz had divorced her on March 13, 2006. He had sent her dowry articles to her parents’ house in which they had found a blasphemous piece of writing by Ali.  After police submitted a chalan in court, the accused told the judge that regardless of their beliefs, they had never blasphemed against the prophet or Allah. Their counsel had said that they should not be prosecuted under Section 295-C as they had not passed derogatory remarks or disrespected the holy prophet (PBUH).

There has also been a warning by the authorities that ISIS may be planning to target Christian religious institutions.

There is some suggestion that Pakistan may  be working with Google to produce a “localised” version of Youtube free from “blasphemous” content, with a view to lifting the block on the video-sharing website that has been in force since 2010.

And the BBC investigates the “mobs for hire” in Pakistan.

To an outsider, it can often look like mob rule in Pakistan. There are public lynchings and frequent attacks on religious minorities and nobody ever seems to get arrested or go to jail. But running and renting out mobs is also an organised business in the country, where the men organising the mobs insist they are providing a vital public service and anything is available – at the right price.

… “It doesn’t take much to gather hundreds against someone you may have a personal enmity with. If they are from a religious minority, you just say they committed blasphemy or burned the Koran, and everyone will follow, no one will verify the truth of it.”

United Arab Emirates: Man hears a foreigner being “agitated”, claims he “cursed God”, it all ends up in court for some ridiculous reason.

An Emirati manager was said to have complained to Dubai Police that he overheard the Syrian consultant, K.S., cursing God, Prophet Mohammad (Peace Be Upon Him) and Islam in Al Barsha 1 area in February.

Prosecutors accused the suspect of blasphemy by cursing a holy religion and religious personalities.

When the suspect showed up before the Dubai Misdemeanours Court, he pleaded not guilty and strongly denied the accusations that he cursed God and religion.

The consultant was cleared after the judge found the accusation to be uncorroborated. 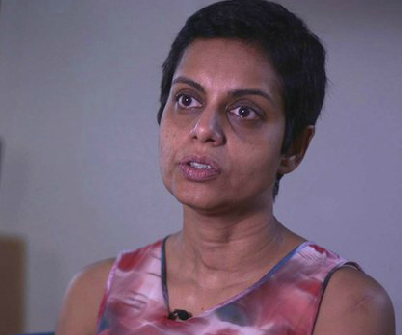 Bonya Ahmed speaking to the BBC

Bangladesh: The BBC invites readers to “Meet three people targeted for being ‘atheists’, and a Muslim leader condemning their beliefs“. The atheists are Bonya Ahmed the widow of murdered author Avijit Roy; a blogger still in Bangladesh, Sobak; and a blogger in the West, Arif Rahman. They also interview Rapid Action Battalion director, Benazir Ahmed; as well as a cleric who refers to atheists with a term usually regarded as derogatory (‘nastika’) and says that since they are “speaking against Islam… it is essential to punish them according to Sharia law”. He says he respects freedom of expression, but oh and by the way, “No one should speak against Muhammad. No-one is allowed to do that. We have the right and the power to punish such people.”