Blasphemy death sentences in Nigeria dominate our immediate concerns. There’s also the ongoing plight of a young blogger in Singapore, and efforts by Christians to reform “blasphemy” laws in Pakistan.

And the Pope apologises to a “heretic” church… 800 years later.

Nigeria: 9 sentenced to death for “blasphemy” 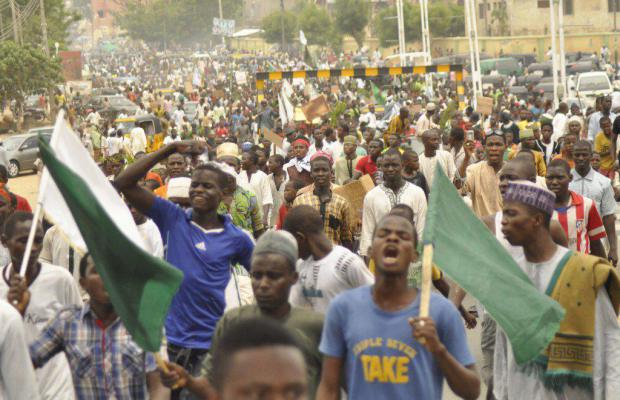 Accusations of “blasphemy” in May prompted huge protests in Kano city, with further violence threatened

Earlier this year members of a minority Sufi sect in northern Nigeria were accused of blaspheming against Muhammad, prompting riots and (strangely) an arson attack on a Sharia court (of the kind that could have tried those accused!)

Now, it seems another Sharia court has sentenced those accused of “blasphemy” to death.

Details are sketchy at this time, thanks to a closed trial with few public details as to the exact nature of the charges available, but it has been reported in the last day that 9 persons from the same sect in Kano state, northern Nigeria, have been sentenced to death for “blasphemy” by a Sharia court, including the Sufi cleric Abdul-Inyas, another man called Hajiya Mairo and seven others whose names have not been disclosed.

The trial was done in secret, and details of its proceedings are yet to be made public. Even the name of the judge who conducted the trial is being kept secret.

The court initially said two people were convicted but a court official, who simply gave his name as Nasir (he declined to provide his full name) later said nine people were sentenced.

He declined to provide the names of the seven others.

The offence, committed in early June, triggered protest in Kano.

The demonstration was however promptly quelled by law enforcement agents. The court where the trial began was burnt down prompting the authorities to assign the case to another court.

A statement by the State Sharia Court of Appeal, signed by a man named Nasiru, said the nine persons were found guilty under section 110 and section 382b of the Sharia Penal Court law year 2000.

“They are hereby sentenced to death,” the statement read.

The statement acknowledged that some Muslim faithful in Kano threatened violence if the accused were set free.

… Already, news of the judgment has sparked jubilation by a section of Kano residents.

After satirising public figures on his madcap YouTube channel and posting provocative (but by no means harmful) images on Facebook, 16-year-old humourist Amos Yee was charged with making remarks “insulting to religion” and detained in custody. As we’ve been reporting, he was said to have “baffled” authorities by apparently continuing to make posts on social media while in detention, mockingly asking how he himself could be making the posts. By locking him up, the authorities appear to be creating even more of a reason for Yee’s jester-like person to rebel and push back. Groups including Human Rights Watch have called for his exoneration:

“Nothing that Amos Yee said or posted should ever have been considered criminal – much less merit incarceration,” said Phil Robertson, deputy Asia director. “The dismal state of Singapore’s respect for free expression can be seen in the decision to impose the criminal justice system on outspoken 16-year-olds.”

… “Any further incarceration of Yee will just compound the damage to Singapore’s already poor reputation on basic freedoms,” Robertson said. “Nothing short of Yee’s release and the dismissal of all charges will vindicate Singapore’s justice system.”

In an update on the 23rd, following a further hearing and alleged details that Yee had now spoken of suicidal thoughts to prison authorities, HRW noted that:

“The court has provided no adequate justification for Yee’s further detention and has ordered forced psychiatric tests. He should be immediately released,” Robertson said. “The ruling leaves in the balance whether Yee will be subject to 18 months of juvenile detention.”

With the sixth anniversary of Asia Bibi’s incarceration on death row approaching, and after a recent announcement that certain “blasphemy” convictions would be reviewed (with a view to potentially pardoning some who have been languishing on death row for years) the initiative excluded minorities like Christians. Now, the Pakistan Christian Congress (PCC) has proposed a “Joint Investigation Team (JIT)”:

The PCC says such a joint team should include civilian and military members, judges and officials, who will assess the veracity of of the allegations.

“Groups of Islamic extremists in Pakistan are using blasphemy laws as a weapon against religious minorities in Pakistan,” Nazir Bhatti, secretary CPC in a note to Vatican news agency Fides.

The fanatics have damaged the image of Pakistan at an international level, as a country that violates religious freedom and human rights because the government has failed to stop the abuse of the blasphemy law, he said.

It’s clear that at least reviewing cases and potentially freeing some is better than no progress at all, and that it would be discriminatory to do anything other than including in such a project convicts from all religion or belief backgrounds. However, if as it appears the process off review is set to involve huge numbers of groups with conflicting interests, then political and ideological wrangling with little progress could easily be the result. Wouldn’t real, deep reforms and unbiased judicial oversight be preferable to the kind of death-by-committee that we look set for?

Meanwhile, the President of the Pakistani Bishops’ Conference, Archbishop Joseph Coutts of Karachi, voiced a view probably shared by many in the country and around the world, saying this week that the Pakistan Government might be willing to abolish the draconian blasphemy law — if not for the fact that it “fears the reaction of extremists”.

Archbishop Coutts welcomed recently proposed modifications to the law which will require psychological testing of people accused of blasphemy, in a move which recognises the need for safeguards to prevent abuse of the law.

Coutts said Christians had long been protesting against the legislation. “The point that has finally got across is that it’s not just about the abolition of the law but the way the law is framed. We need safeguards to prevent the misuse of this law, which is what has been happening all along,” he explained.

The blasphemy law is often used to target members of minorities or to settle personal scores. Many of the accused have been considered “mentally unsound”. Nobody has been executed under the law but dozens have been lynched by mobs taking justice into their own hands, or remain imprisoned for years.

Many of those jailed following accusations of blasphemy are Muslims.

Asked if he believed Mrs Bibi will be released, Archbishop Coutts refused to speculate but stressed that “the efforts continue, and that won’t stop.”

In a case we’ve covered previously, when he was given a five-year sentence in May (he was released on bail), Egyptian TV presenter Islam El-Beheiry was acquitted Wednesday by a Giza misdemeanors court. 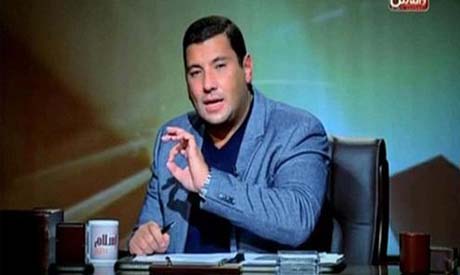 Al-Azhar described the presenter as leading a “fierce” campaign against the foundations of Islam and Islamic heritage.

El-Beheiry’s show tackled controversial issues such as punishments for apostasy, early marriage, and different interpretations of the Hadith, the sayings and teachings of Islam’s Prophet Mohamed.

It is possible to mend the sectarian rifts caused by accusations of sacrilege; let’s just hope it doesn’t always take the best part of a millennium. This week the Pope apologised for the Vatican’s prior accusations of “heresy” against the Waldensian church, which was founded in the twelfth century by Peter Waldo in northern Itlay.

Speaking on Monday, the second day of his visit to Piedmont, Francis said he could not fail to feel sad about the “disputes and violence committed in the name of one’s faith.”

The pope’s speech was greeted with warm applause with the temple’s pastor, Eugenio Bernardini, thanking Francis for “crossing a wall erected eight centuries ago, when our church was accused of heresy and excommunicated.”

… The Waldensians were formally declared to be heretics by Pope Lucius III in 1184, and again by Pope Innocent III in 1215. In 1211, more than 80 Waldensians were burned as heretics in Strasbourg, marking the start of centuries of persecution.